When you some any accounts in the single Outlook application and the number of emails you send are pretty much, then the chances of bad email increase. It means you sent the mail to either a wrong user, did not attach an important attachment, or some spelling mistakes can ruin your image in front of the recipient.

If you do not want to face any such situation, then you should learn the method to recall the sent email in Outlook. Using such a method, you can stop the recipient to get the message and send it again after modifying it accurately.

1. Open the Outlook and go to the account from which you have sent the email mistakenly. Then go to the Sent Items folder. 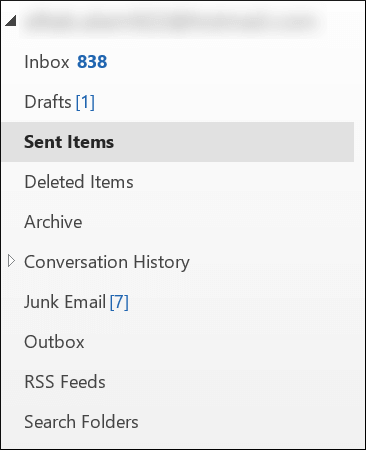 2. Choose the sent email and double-click it to open it. Then go to Actions drop-down and choose the Recall button. 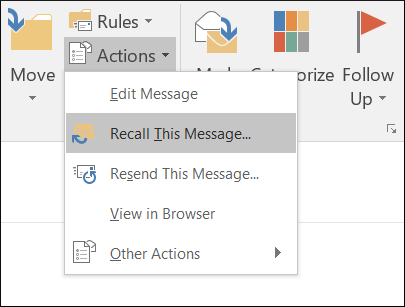 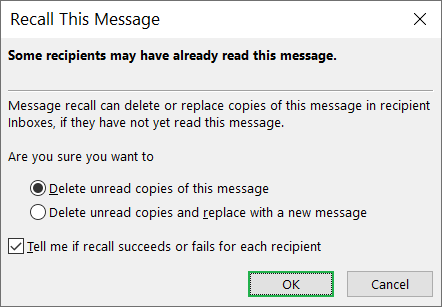 How to determine the recall process?

Scenario 1. When Tracking is enabled.

The Tracking feature is to automatically process the requests and responses to meeting requests and polls. Now, if the message is not read, then the original message will delete and the recipient will be informed about such deletion.

Scenario 2. When the Tracking is disabled.

When the tracking feature is not enabled, then there can be two results in the given scenario.

Scenario 3. When the original message is moved to another folder.

Scenario 4. When the original and recall message is present in the same folder.

If the original and recall message is present in the same folder due to a rule or action, then two actions will occur as per the user’s behavior:

Scenario 5. When the message is sent to the Public Folder.

Multiple results will occur based on the user’s action:

Recalling a message is an important job that each user must know about it. It saves you from sending a wrong message or an unwanted message to an important client. But, you must remember that the accounts get corrupt with such wrong a faulty message. Some messages contain some fishy links or malware code in the attachment that can corrupt the whole data file. That’s why when you are handling such messages, then you should have professional PST Repair that can remove any potential threat and error and recover the complete data.


© Copyright 2015-2022 by Data Repair Tools. All Rights Reserved.
All designated trademarks and brands are the property of their respective owner